Among the many reasons I would not vote for Jeb Bush is the fact that he bowed to the Pope. So did his brother, and so did Obama. Probably other misguided American politicians too. It ought to be a showstopper for any candidate in the minds of Protestants. 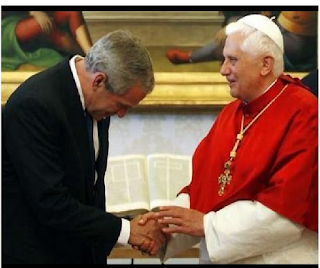 I also consider it a vote in Donald Trump's favor (though not necessarily a vote for him for President) that the Archbishop of Philadelphia criticized his stand on illegal immigration. 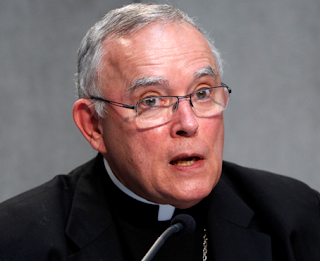 "Plays on our worst fears" he says. I'm sure they aren't HIS worst fears since the more Catholics they can get into the country by any means whatever, and illegal is just fine with them, the happier they are.  The whole illegal immigration problem has been engineered by the Catholic Church from the beginning.

There was never any birthright citizenship for illegal aliens, it's always been an opportunistic misinterpretation of the law. It's absurd to think people could come here illegally and their children automatically have citizenship. And who invented this travesty? Some Catholic leader, or leaders, no doubt, since the whole problem of illegal immigration has been created by Catholicism. Read the article. It's no doubt going to be a topic addressed by the Pope, whose presence is going to grace Congress this month. All playing on the lowest of emotional arguments. Sad to think it probably sways Catholics, but unfortunately Protestants aren't immune to it either, and certainly not atheists.
Posted by Faith at 9:19 AM 2 comments: